How to install the turn signal harness

Installing the custom F150 LEDs turn signal harness is fast & simple. It requires no splicing or modification to the existing harness.

You simply unplug the original bulb, and the F150 LEDs harness will plug directly into the socket. The blue wire needs to be on the right, the red on the left.
Here is an example of a single socket (2004-08 & 2015-18) install. Notice the large ends are down.

After connecting the harness to the truck, install the upgraded F150 LEDs lighting into the other side of the harness.

Now test the lights. (test your lights with the vehicle engine running, the lights, by design, may not function if there is no engine power)

*If a light or lights are not working, flip the bulb 180 degrees and re-install.
**If every plug & bulb is not aligned properly it can cause the entire blinker system to behave strangely, so you may find the need to plug and play just a bit to be sure your configuration is set correctly.

Now that your lights are working, mount the custom resistors to the frame of the truck. Keep them away from plastic and other wires. Use the included 3M auto adhesive to mount the resistors. You can also use the optional frame screws. Please clean the surface before using the adhesive. 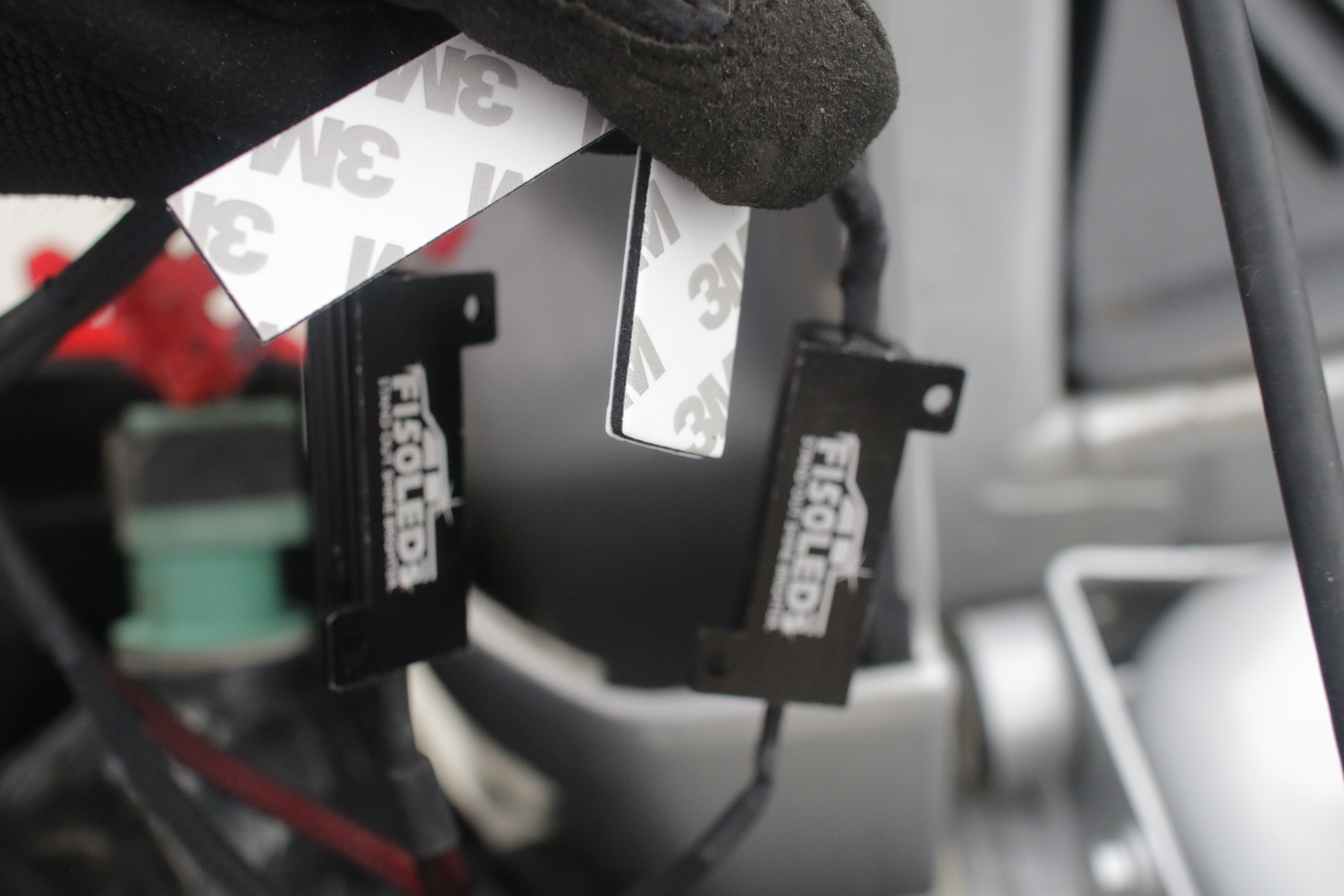 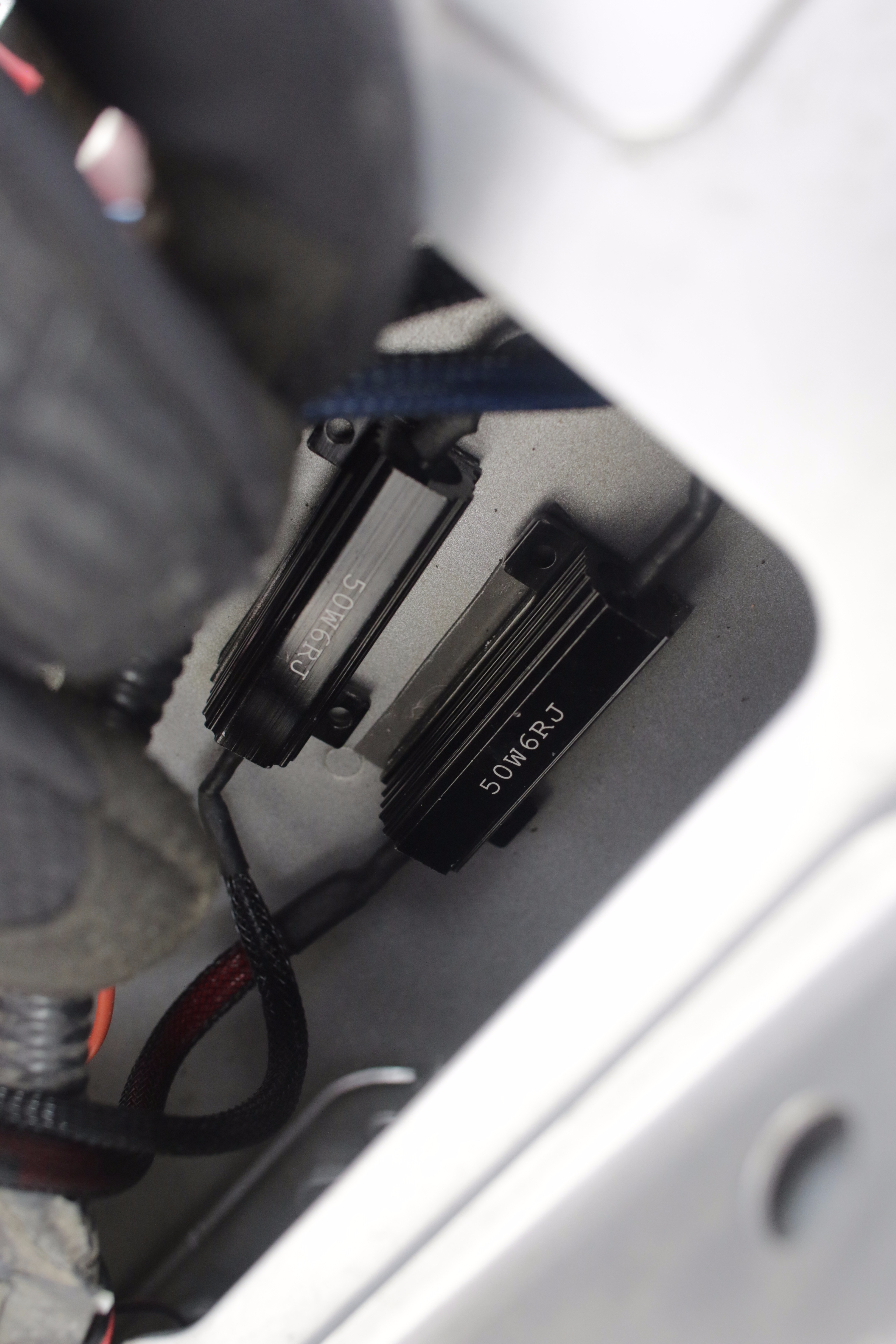 Now install the bulbs and re-install the housings and that is all there is to it!

We tried to make this install as easy as possible and prevent you from having to modify existing wiring etc which many are understandably hesitant to do.

If there is anything else you need, please let us know!